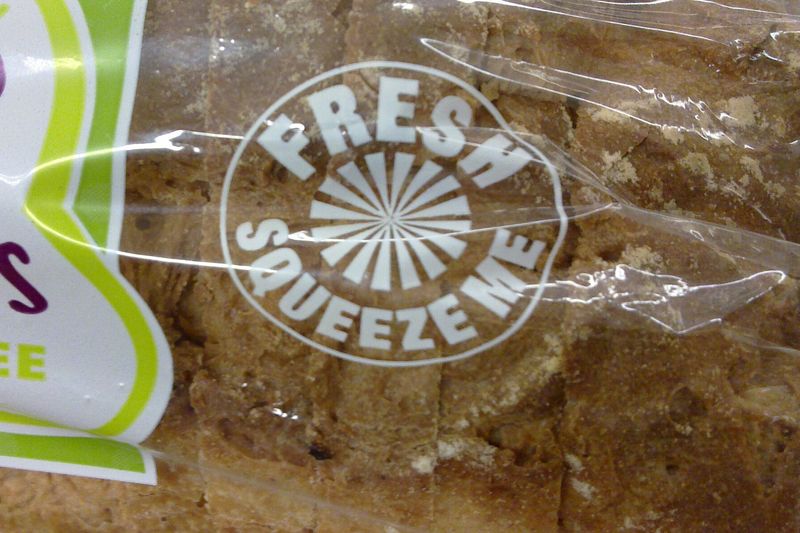 At one time, the squeeze test (where people squeeze a loaf to "test its freshness" ) was a great way of testing freshness. The switch to fast fermentation after the war meant soft bread with a short shelf life. This bread went stale within 24-36 hours so squeezing it could give an idea as to how long ago it was baked.

However, the plant bakeries cottoned on very quickly and started adding things to loaves to keep them soft and "fresh" for up to 10 days after baking. The most often used ingredient was fat – I recently found a sliced loaf with 4.8g of fat per slice compared to 8g of fat per packet of crisps.

And for the icing on the cake, adding fat meant bread stayed soft for so long that mould started growing on its surface before it began to feel stale, so to fix this "problem" they added Calcium Propionate to prevent mould growth.

The best thing since sliced bread?

The Plant Based Baker View all posts by mikesweetman